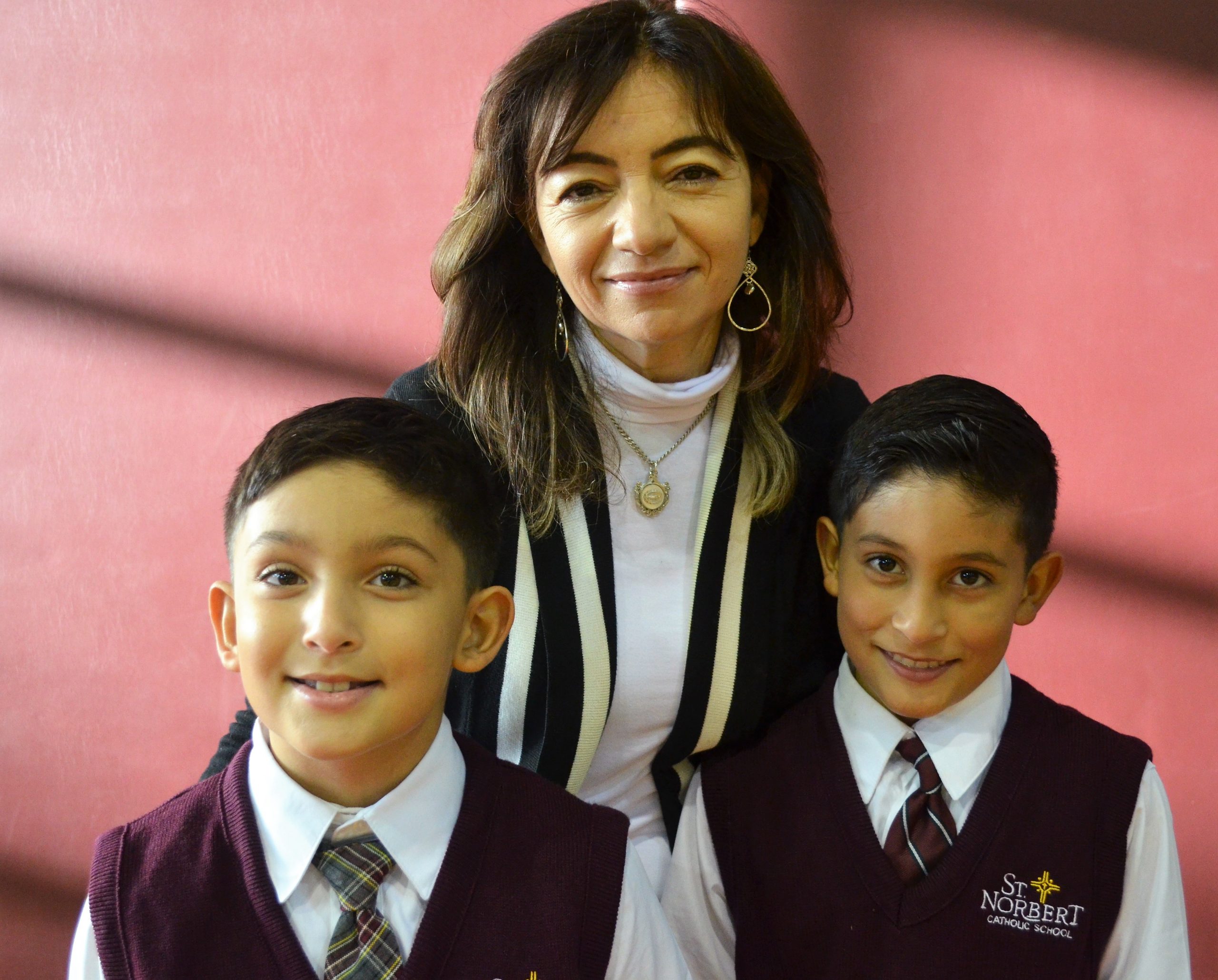 When we think of Hispanic Heritage, many vibrant colors probably come to mind. Colors of celebration, of flags, and of Independence. We might also think of a culture where God is at the foundation of family and life. Perhaps we visualize a Flamenco performance or the wonderful food that was introduced to us by Hispanic people. Here at Saint Norbert School, we think of the many families who chose SNS because of their commitment to dual language learning from an early age and the value of cultural diversity. We also think of Seniora Guerin, the well dressed, firecracker Spanish Teacher that approaches Spanish education from the Montessori perspective and who loves to integrate our Catholic identity into the Spanish classroom.

Mrs. Maria Cristina Guerin was born in Mexico to a Spanish mother and a Mexican father. She moved to the Philadelphia area to attend St. Joseph’s University. While at St. Joe’s, she met her husband, Greg. Together, they have 4 bilingual daughters. Seniora Guerin has been teaching for 30 years and the last 5 years have been right here at Saint Norbert School. When asked what she loves about SNS, Seniora Guerin said “I love the Catholic identity of this school first. I also love the people…the families that attend our school and the extremely passionate and remarkable teachers.”

Saint Norbert School offers Spanish starting in Pre-K. “It is good to have students start as early as possible because they have the ability to retain more. The later kids start, the more difficult it is to retain a foreign language” says Seniora Guerin.  Not all elementary schools offer Spanish in lower grades, this is yet another very special reason to consider attending Saint Norbert School which focuses mainly on faith and academic excellence.

Hispanic Heritage Month is coming to an end and the students at SNS learned all about why we celebrate and made flags. Seniora Guerin also showed the Disney movie CoCo in her class to demonstrate Hispanic traditions and culture as well as to hear the Spanish language applied in a movie and to begin conversations surrounding the culture. The upper school children also watched other videos and talked about how different Hispanic foods have made their way into the American culture.

Whether you see Seniora Guerin in the hallways of SNS or you are a prospective family or student, know that she is dedicated to exposing students to the Spanish language, culture and traditions.